How to Select the Right Thermal Interface Material 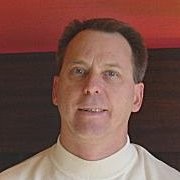 A common limiting factor in the advancement of electronics systems is heat. The need to manage heat removal with a cost effective solution is a significant driver in the design of many electronic devices. Thermal interfaces play a huge factor in a device’s operation both in performance and reliability. Thermal interface materials (also referenced as a “TIM”) are mostly thermally conductive, ceramic-filled systems with organic or silicone binders added to make them flowable for dispensing and processing. These materials can be used to accelerate heat dissipation and give the cost-effective method engineers need for flexibility to reduce overall size of the package.

TIM products typically range from an uncured compound or grease, as two-component cure-in-place products, or pre-cured gels and elastomer pads. TIM performance is usually graded using both thermal conductivity and thermal resistance specifications. Thermal Conductivity (Watts per meter Kelvin or W/mK) is a bulk property of a material where the higher value indicates better heat conduction and performance. Thermal Resistance (Degrees C-cm square per Watt or °C-cm2/W) depicts the rate of heat transfer through mating surfaces in which lower values indicate higher performance. The best solution is highly dependent on the device design and thermal gradient limits or “budget” at operating temperature.

Thermal greases are used across many industries for both low and high power applications. They are used primarily as a TIM with a bondline thickness between the component and heat sink of typically less than 0.25 mm (0.010”). Thermal greases are mostly formulated with non-sag, non-flow viscosity for stencil printing, robotic dispensing or manually applied with a spatula. Some of the drawbacks with thermal grease are controlling the deposition on the substrate and flow under compression. In addition, since thermal greases are not cured, they can be somewhat messy as well as tend to “pump-out” between the mating surfaces during thermal cycling causing higher thermal resistance over the long term.

Thermal gels and Encapsulants offer the most flexibility in formulating to a flowable or non-flow product that fully cures to soft gel or firm elastomer for long-term stability in thermal cycling. The cure rate can also be adjusted for rapid room temperature cure or with long working time followed by heat curing. They can be used as a TIM between component and heat sink, or assemblies can be encapsulated for optimum thermal management. Most are offered in a two-component 1:1 mix ratio package for automated meter-mix and dispensing. One of the few drawbacks with this option is the shelf life (typically 12 months) as well as some settling out over time requiring remixing each pail before using (although the dispense equipment for these are usually designed to manage this issue). Pre-cured thermal pads are used in TIM applications with 0.25 to 5.0 mm gaps between component and heat sink. These are usually supplied in sheet form or in roll form as die-cut pieces and applied either manually or with automation. Fully cured from the factory, thermal pads have less shelf life concerns and devices can be assembled and packaged immediately. Most pre-cured pads are soft and gel-like to minimize compression forces on the electronics and are available in a broad range of both thicknesses and thermal conductivity. Since there is typically a carrier embedded in the middle of the pad for web coating, thermal resistance is usually higher than the other options.